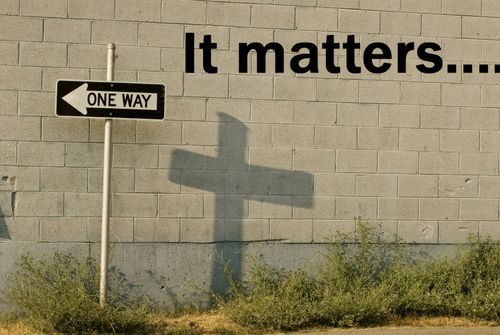 Sometimes it matters what people think of you.

It is true that no matter what people think of us we should always do the right thing.

It is also true that what people think of us can keep us doing the right sort of things.

Accountability depends on you being concerned about what people think, for this keeps us from…

The appearance of evil

I have found that most of the time when people use the phrase “I don’t care what anyone thinks” it means they are doing something wrong… and they know it. They just do not want anyone to say anything about it.  The statement is actually a rejection of  the very accountability that would keep them from…

The appearance of evil

The problem is their mind is so bent on doing whatever it is they want to do, they are willing to throw their testimony right out the window in order to accomplish the sin they want to do. The sad part is, in the end they loose and often times never realize how much…

Sometimes it matters what people think…

and it should matter

for its the very thing God has put into place to help us stay on the right track with Him.