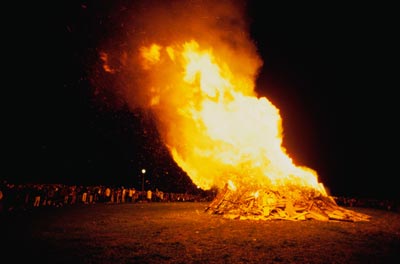 Bob wondered how he had gotten there.

The last thing he remembered was losing his grip and falling

It was a rough hand but full of power…

Power he felt in his very soul.

he was standing alone at the bottom of the incline.

I’ve got to go cut that tree down so people will not go in this direction.”

It took the rest of the day to make it back to his car.

Compelled by the need to warn people, he went home, got an ax, replenished his provisions, grabbed a cardboard box and returned to the Cyprus tree.

All night he labored, being careful to not damage the sign. Burning each piece he cut on the fire he had started with part of the cardboard box.

Fire light danced while cars continued to turn. It seemed during the night none chose to go straight. This reality made Bob more determined to complete his task.

When the sun’s first rays began to announce that night was ending. All evidence of the tree was gone. Bob’s task was done .

But as the day got brighter it reveled that even with the tree gone the sign still could not be read. It was coated with some sort of substance (probably generated by the tree and the years of being surrounded by it) making it impossible to read the words.

Horrified, Bob went back to his car to find something to clean it with. Having nothing on him he left and went to a store and bought some cleaning fluid, some rags and brushes. With all the speed he could muster up, he hurried back to the sign and began cleaning it.

All day he worked, sweat rolled down his brow, but that didn’t stop him for cars were still turing onto Cyprus Road.

Hours went by before he stopped, partly because of exhaustion, and partly because even with his best effort he could not clean the substance off the sign.

So he did what anyone would do…

He went back to his car, grabbed the rest of cardboard, wrote on it with big letters…

and then held it up facing the on coming traffic.

He danced, and jumped up and down with a vigor he did not realize he had. He knew he looked like an idiot but that didn’t matter to him. He was too concerned for the people that were unknowingly choosing to drive to their doom.

The good news was some cars choose not to turn and waved thank you to him.

The bad news was most, honked, or yelled or threw things at him as they made their turn.

In fact at one point a bottle came flying through the air and hit Bob in the head shattering upon impact. Blood flowed out of the wounds the bottle made and he became woozy, fell back and fainted.

When he finally came too, he set up. Getting his bearings he looked across the road and saw…

a man waving to people as they went by.

Every now and then, a car would stop and the man would get into it and the car would not make the turn but would continue straight and would disappear in the distance. Then another man would appear seemingly out of nowhere at the same spot the other man had been and would begin to wave at cars.

“Who were these men?”

no sooner had that thought crossed Bob’s mind…

the man turned towards him…