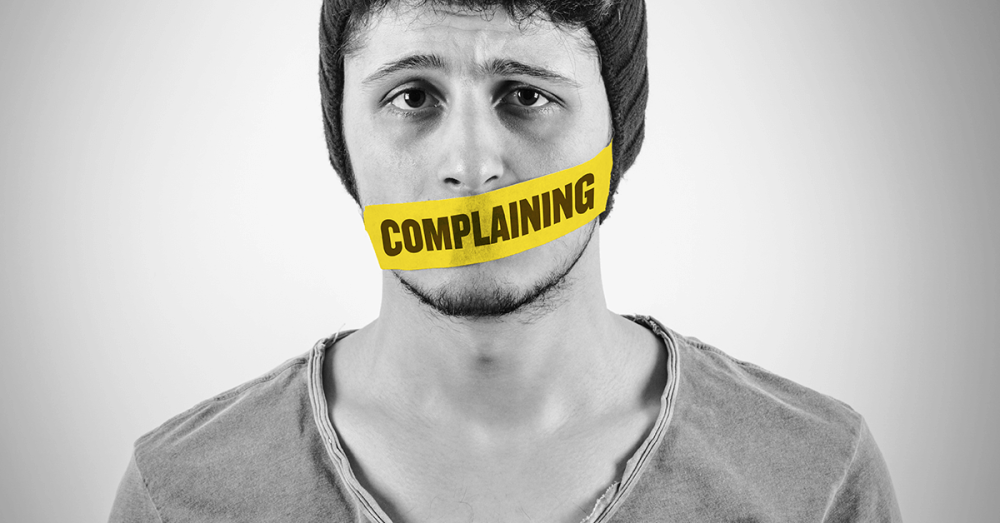 If you are going to complain about something, at least do it with some intelligence.

There are times in life that a well placed complaint changes things. However, most complaining is done without wisdom, without an accurate representation of the past, is generally driven by emotion and lacks intelligent dialogue.

Complaining that is done incorrectly spins out of control and produces harm that could have been avoided if the person would have paused, prayed and thought a moment before proceeding.

So, what has brought this to my mind today?  (I am sure that is your question at this point.)

Well, I was thinking about Moses and the Children of  Israel.  God had just made a way for them to leave Egypt and no longer be slaves.  They were now free and on a journey that had already had some amazing workings of God occur, not to mention a pillar of fire and a cloud by day to show them where to go.  A representation of God’s presence and His leading.

But – when the armies of Pharaoh closed in on them and they were boxed in because of a sea they could not cross, they complained to Moses and here is the statement that got me…

“What have you done to us in bringing us out of Egypt? Is this not what we said to you in Egypt: “Leave us alone that we may serve the Egyptians? for it would have been better for us to serve the Egyptians than to die in the wilderness…” Exodus 14:10b-11

Not only was this an ungrateful response to God and His appointed leader – it was extremely unintelligent… and absolutely untrue.

” Let me tell you something, I was living the life.  I had sheep I was keeping, a great home, my marriage was incredible and there was hardly any conflict in my life.  Then one day I was just minding my own business, doing my job and there was this burning bush that called out to me because you had prayed… you had begged the God of the universe to free you from the oppression of the Egyptians… and God heard you and called me to leave my good peaceful life and enter into a conflict with one of the most powerful people in the world to set you free because you asked for it… now shut up and don’t bother me with this nonsense anymore.”

But Moses is more humble than I am – he didn’t say what is written above  and probably didn’t even think it.  Instead, he turned to God and prayed.  God answered his prayer and provided a way for them to escape.

So the next time you decide to complain, make sure it is done with wisdom and some level of intelligence. Better yet, maybe you should think twice or 8 times before you open your mouth to do it and make sure it is indeed what you should do, before you  embarrass yourself and act with a lack of faith.

For those of us who may have to hear complaining from time to time, lets learn a lesson from Moses and when complaints come our way, lets make our first step be to turn to God in prayer to see what He would want done concerning the complaints and then act accordingly.

And that ladies and gentlemen… is a good plan.

(FYI – No one has complained to me recently so that isn’t why I wrote this post, I am not addressing anyone, these are just some thoughts about a scripture passage.)