This year marks Steven Curtis Chapman’s 25th anniversary of being in the music ministry. With an incredible career behind him and endless possibilities ahead we give a shout out of congratulations and look forward to seeing what God will do through him in the future.

That said, and being a fan of his music, I thought I would post what I think are the top 5 SCC albums to date.

So here we go…

Number 5 – For the Sake of the Call 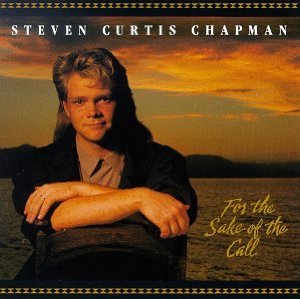 I heard this Album for the first time at college back in my “Steve Green is the only music you should listen to days”. On the 3rd floor of “Griffith Hall” at Piedmont Bible College, I passed by a room that had the title track cranked to capacity and was instantly captivated by its brilliance. Even though he was sporting a Mullet… it did not stop me from going out that night and buying the CD. God has used this album in my life to it set me on a path to freedom from the stringent music views I once held and to free my heart to follow Christ no matter the cost.

This is a 5 track EP and is an acoustic set of some of SCC’s best works. These songs were recorded while he was working on his “Greatest Hits” album, back when he was celebrating his 10th anniversary(in fact tracks 1 and 2 are also the last 2 tracks on the Greatest Hits Album).

My favorite song to listen to on this EP is “The Walk”. Not only does it catch your attention from the very start but it ends with a jam session that is just fun.

This album takes me back to when we lived in Alexandria Kentucky and the first church I pastored. We had invited a group from Heritage Baptist Church in Lynchburg VA to come and help us with our VBS the year this album came out… in fact it was released just days before we had our VBS. It was literally all we listened to for the whole week the group was there. There is something about the way this album is put together that draws me into it to the point I find myself singing along with him. It is a good one… there is no doubt there. 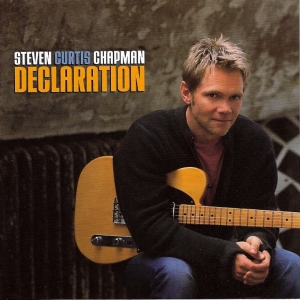 This is truly a great album. The opening track “Live Out Loud” takes you back thematically to the “For Sake of the Call” days. But that is only the beginning because from that track the songs just keep getting better and better as the album progresses. Filled with songs like God is God, See the Glory, Bring it On, When Love Takes You In, Magnificent Obsession, Jesus is Life, and No Greater Love… none of the tracks ever disappoint. In fact each takes us a little deeper into the reasons why we should make a Deceleration of Dependance on Jesus.

To be honest I did not like this Album when it first came out and it took me a while before I was willing to buy it. It was just so different from the likes of “Heaven in the Real World” and “The Great Adventure” and that made me very unsure about it. As time has past however it has become one of my all time favorite albums. It is, in my opinion very gritty sounding, has almost an alternative feel with highlights of pop and country throughout it. The lyrics are raw, especially in “What Would I Say” a song written to his father who he hasn’t seen in years. Lord of the Dance is nothing short of amazing (esp if you have ever tried to play the intro). A look at the CD insert reveals that Steven plays most of the instruments you hear, and that makes it that much more “special”.

So there you go… those are my favorites.