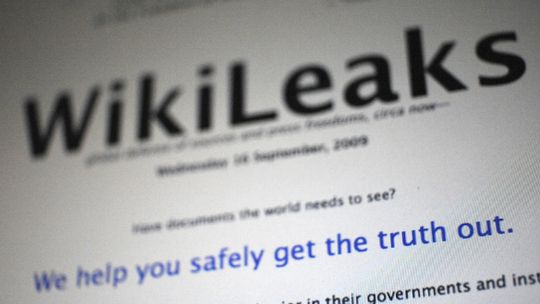 The things you said to her, the things you said to him, the things that made you feel powerful because they were negative sharing short of things. You know “the things that are wrong” with the other person that you know really aren’t issues but you share them any way and you would not dare share them with the person you’re talking about to find resolution because deep inside you know you are wrong…. What if they were posted on Wiki for all to see?

The things you looked at, as she or he pasted by, or as you cruised the internet, or the magazine stand, or the pictures shown at the water cooler. What if that information was leaked?

How about the things you thought, the words you said, the motions you gave to the car that past by, the plans of betrayal, the thoughts of “Ill just have to put up with this person until they are no longer useful.” The stuff you decided to do that you would rather your spouse not know about. The stuff you do when you are alone. What if Wiki got a hold of those things, and leaked them…

Would your friends know you are a Christ follower?

Would it damage the testimony of what it means to be a Christian or would it help?

Would it improve or strain the relationships you have?

Would the results of that information being in front of everyone cause you to want it to stop being leaked or would you want the it to continue?

If you are living like you should, it wouldn’t be a problem.