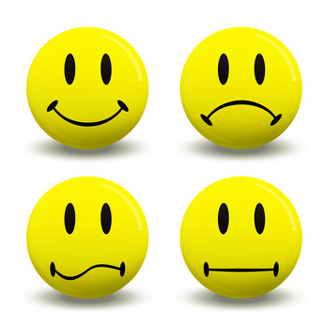 Well, it feels like Monday but its really Tuesday.

My daughter made All County Band – one of TWO 9th grade trumpet players to make it. Yesterday, I didn’t feel like she would make it. Not because I think she can’t play, but because she is a 9th grader in a High School World.

Glad the judges didn’t make that decision based on my feelings.

This morning my wife did something and I was a bit hurt when she did it.  I felt both hurt and frustrated and almost said something but retreated to our room to get ready to go to work.  While putting in my contacts she came and said something to me that brought clarity to the situation, though she did not realize it needed that clarity.

Glad I didn’t say what my feelings wanted me to say.

I was at the grocery store and in the check out line I was behind a man who did not have enough money to purchase the item he was trying to purchase.  I felt bad for him and almost said, just add it to mine but I didn’t do it.  After he left I inquired with the casher about what the man was trying to purchase.  It was a can of protein mix (like a weight lifter would use).  I had thought (felt) it was formula for his kid.

Glad I didn’t respond based on what I felt.

Sunday after the message I felt like ending the service not as planned but early which would have cut out the final song and we would have went home.  But I didn’t.  During that invitation (that would have been cut if I had went with what I felt) not only did a couple present themselves for membership but a young single mom received Christ as her Savior.

Glad I didn’t go with my feelings.

Feelings that you and I have are often very strong. So strong that we often allow them to supersede or blind us from facts and plans.  There are even times when our feelings are allowed to create a reality that doesn’t exist and then bring into existence conflicts that shouldn’t have ever been birthed.  It’s not that feelings aren’t important or shouldn’t be considered.  They are part of our existence for a reason.  But when we allow them guide how we respond or influence what we do,  we wind up in trouble.  Trouble that could have been avoided if we had just taken a moment to think and adjust our actions to the facts of the situation. Not the so called facts that come from our emotional response, but to the real ones, that have their roots in reality and not our emotions. For only then we will find ourselves in situations where we say…

Man, I’m glad I didn’t go with my feelings on that one!

And that line is worth its weight in gold.