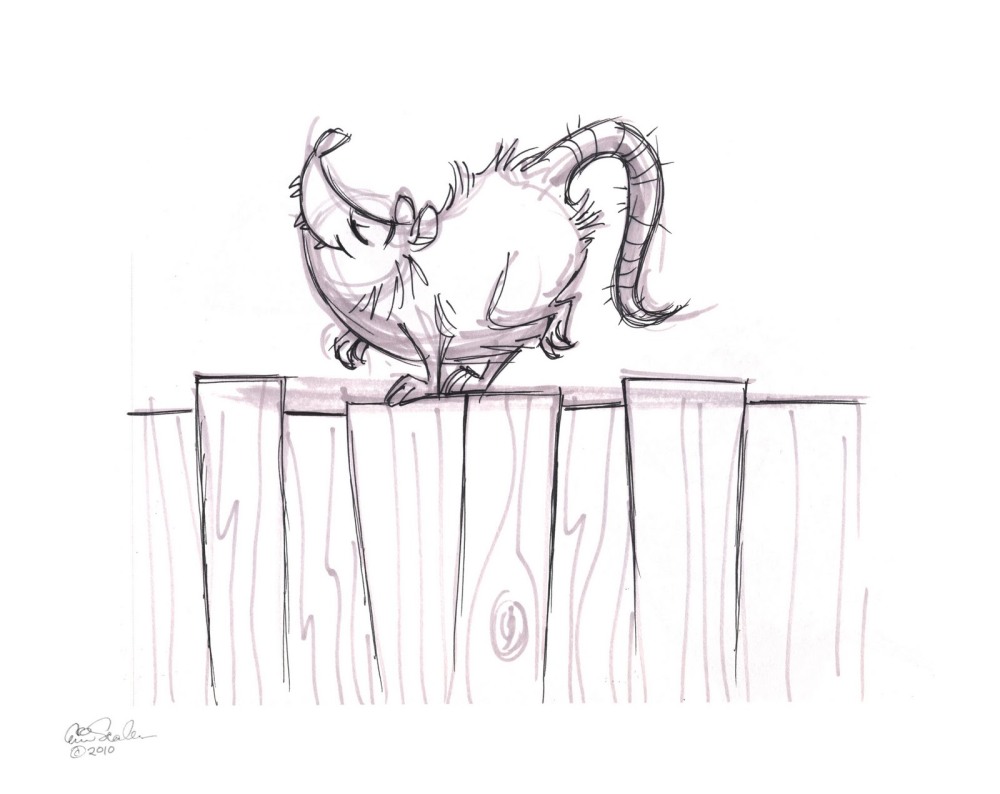 Sitting in a meadow, without firefly light for it was March, and too early for them to be out, 4 possums tell stories of valor and confusion.

The first story was Grissum’s

It was the beginning of spring time, flowers were budding, pollen was nating, and birds were singing. When Abel the Ant emerged from the hive.

With his sensors in high gear he began to look for the first scraps of food that he would collect.  All day he searched and searched then…

Barney the dog Barked at the road.

“Yesss”, with a smile – Newsum

Jensum just smiled and shook his head with a deep thought look.

Then Knowsum started his story.

Once upon a time there were two birds that needed a bath but had no where to take one.

Day an night they flew in search of a place that had just a little water so they could bathe their wings.

Then, as if they were being rewarded for their diligence in their search, the oak tree sprouted its first leaf of the season.

Jensum just smiled and shook his head with a look of being deep in thought.

Then Newsum told his story

It was a gathering in the clouds. Rain drops were dancing in expectation of their great fall to the earth.  The wind began to blow, moving the clouds toward their destination.   As they moved, more and more clouds joined the movement, growing darker with each addition…

then there was thunder and baby possums were born.

Knowsum – “You got me right here” as he pointed to his heart.

Jensum just smiled and shook his head with a look of being deep in thought.

Then Jensum after a long palse and with everyone looking at him, feeling the presure but not really understanding what was going on said

and there’s no reason to fear.

But Grissum, Knowsum and Newsum just looked at him with a look of “I can’t believe you said that”

“Walk with us” Grissum said as He and Newsum grabbed Jensum’s tail and pulled him to the other side of the feild.

“What were you thinking saying something like that?”  – Grissum

“What? What was wrong with what I said?”

“Unbelievable…. you told a story and don’t even know what it meant.” – Grissum

“You basicly told Knowsum that you would bring flowers to his funeral after he gets run over by a car tonight.” Newsum

“Oh Possum!  I’ve….I’ve got to go back over there and make this right… what should I say to tell him I’m an idoit?”

sporting grins on their faces.